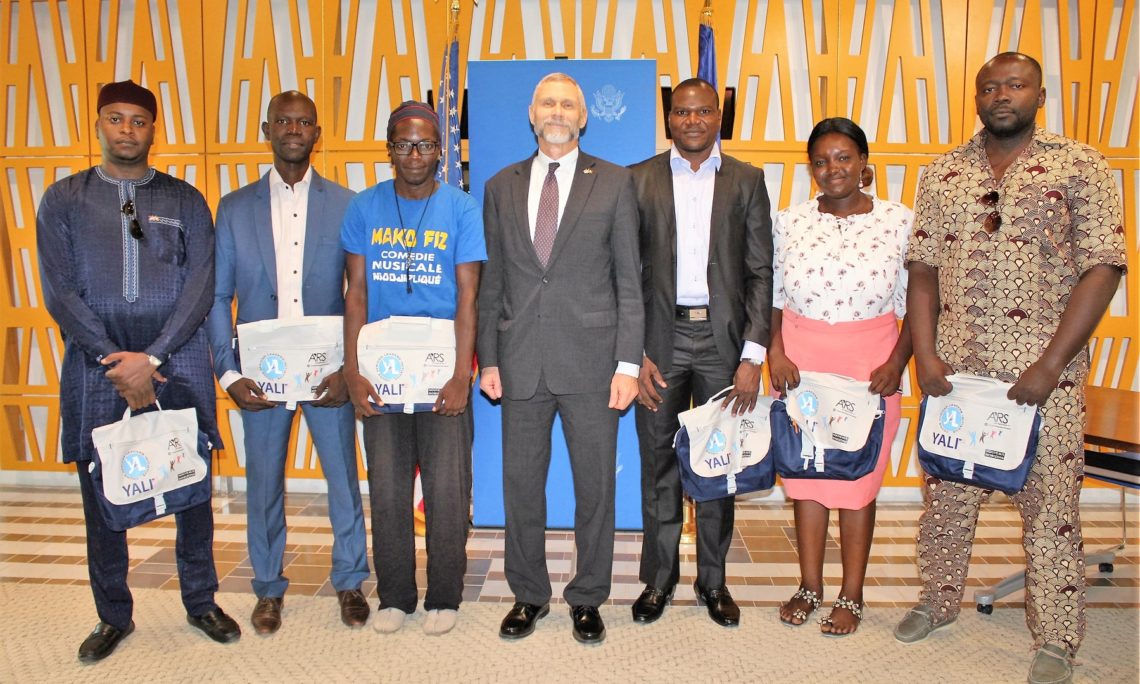 U.S. Embassy Chargé d’Affaires a.i. Richard Bell wished our six Mandela Washington Fellows an enthusiastic bon voyage on June 13. The Fellows depart next week for their six-week Mandela WashingtonFellowship programs at universities around the United States, culminating in the YALI Summit in Washington, DC. Chargé Bell presented each Fellow with a book bag and selection of Nouveaux Horizons books provided by our friends at ARS Paris.