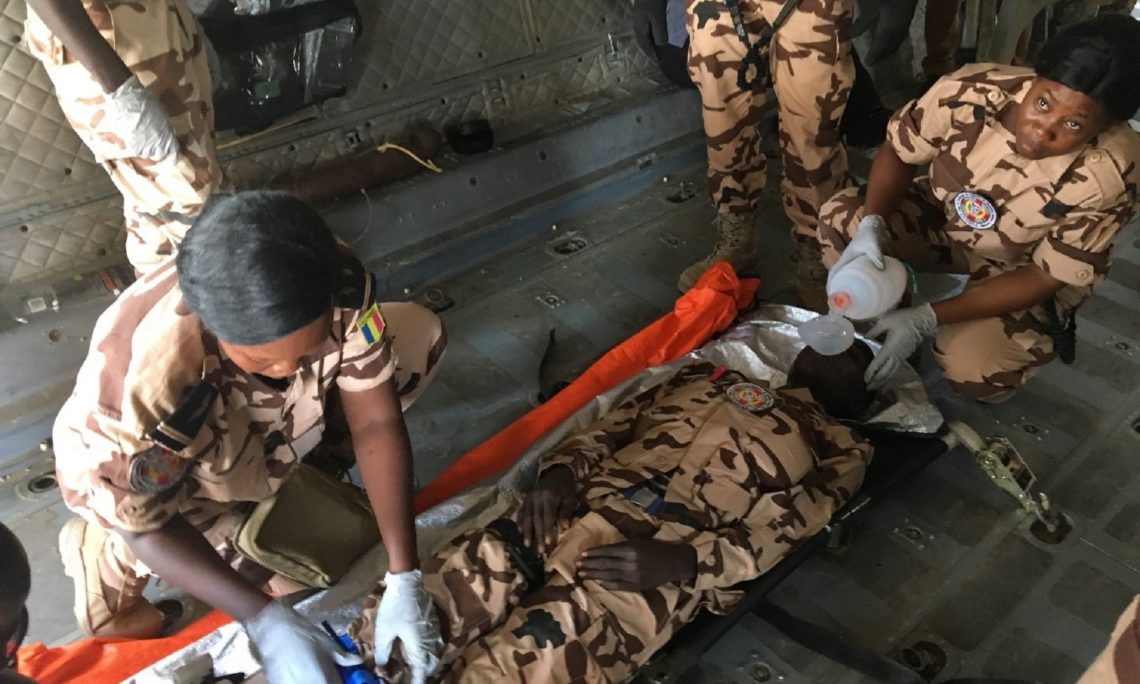 Congratulations to the 12 Chadian Air Force medics who successfully completed the rigorous Casualty Evacuation (CASEVAC) course! Over the past year, this course, which is part of a larger training program funded by the Embassy’s Office of Security Cooperation, has taught critical lifesaving battlefield trauma care to more than 100 Chadian military personnel.  Colonel Brahim Mahamat Haggar, Commander of Chad’s Coordination Center for Aeromedical Operations, credited the U.S.-led program as the reason why the casualty survival rate of Chadian troops in combat has improved from roughly 10 to 70 percent.