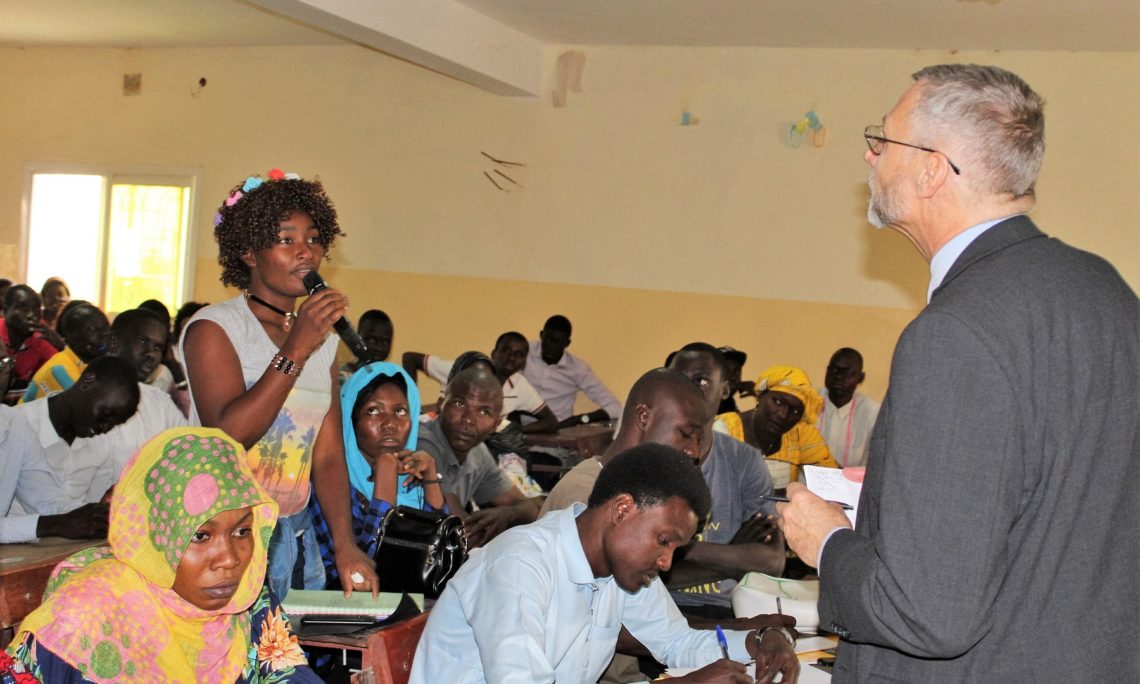 Chargé d’Affaires Richard Bell spoke with 150 students at Emi Koussi University on February 25 about security in the Sahel and the important role that Chad plays in reinforcing regional stability. Chargé Bell paid tribute to Chadian peacekeepers who have lost their lives and to the Chadian population for generously welcoming proportionately more refugees than any other African country. During the question-and-answer session, students asked about the causes of violent extremism and how the United States contributes to regional security. The Chargé emphasized that U.S. cooperation is intended to strengthen African nations’ ability to ensure their own security, and that respectful treatment of the civilian population is essential to defeating insurgencies.