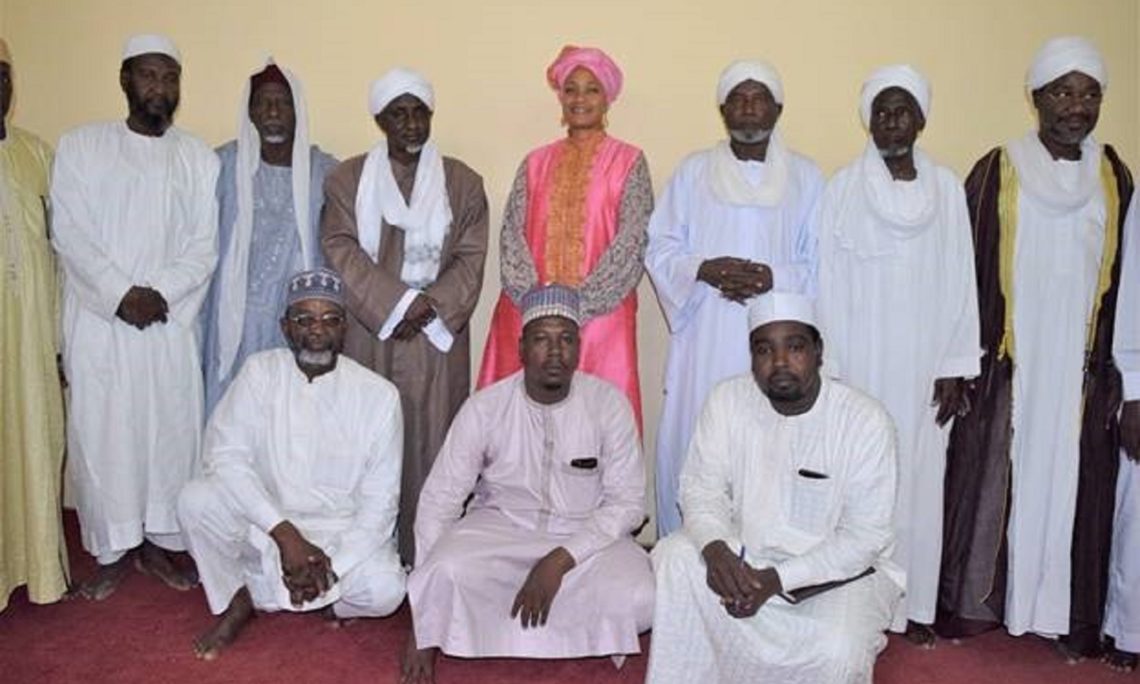 On November 7, Chargé d’Affaires Jessica Davis Ba visited the High Council for Islamic Affairs in N’Djamena to offer the Embassy’s best wishes on the commemoration of the birth of the Prophet Mohammed.  The Chargé was received by Sheikh Abdadayim Abdoulaye Ousman, Vice-President of the Council, as well as twelve other senior members, including the Mufti of the Republic of Chad Sheikh Ahmat Annour Al-Helo.  Chargé Davis Ba conveyed her wishes to the Council members on behalf of the Mission, and all Americans, including more than nine million American Muslims.  She thanked the Council for their hard work to encourage peace and growing prosperity in Chad.  Sheikh Abdadayim, in turn, offered the U.S. Embassy his warm greetings and gratitude for being the first member of the international community to offer their wishes on this day of peace.  Abdadayim continued, “We know the U.S. Embassy always shares with us in our times of both happiness and sadness.  Among all the embassies in Chad, the U.S. Embassy is very close to us.”  The sheikh added that the Council is most appreciative of recent Embassy-sponsored visitors from America, including a renowned human rights expert, who have “helped the Imam and the Council understand how to define the message of peace.”  As the visit ended, both the Chargé and Sheikh Abdadayim discussed new opportunities to continue working together to strengthen the relationship between the United States and Chad’s Muslim community.