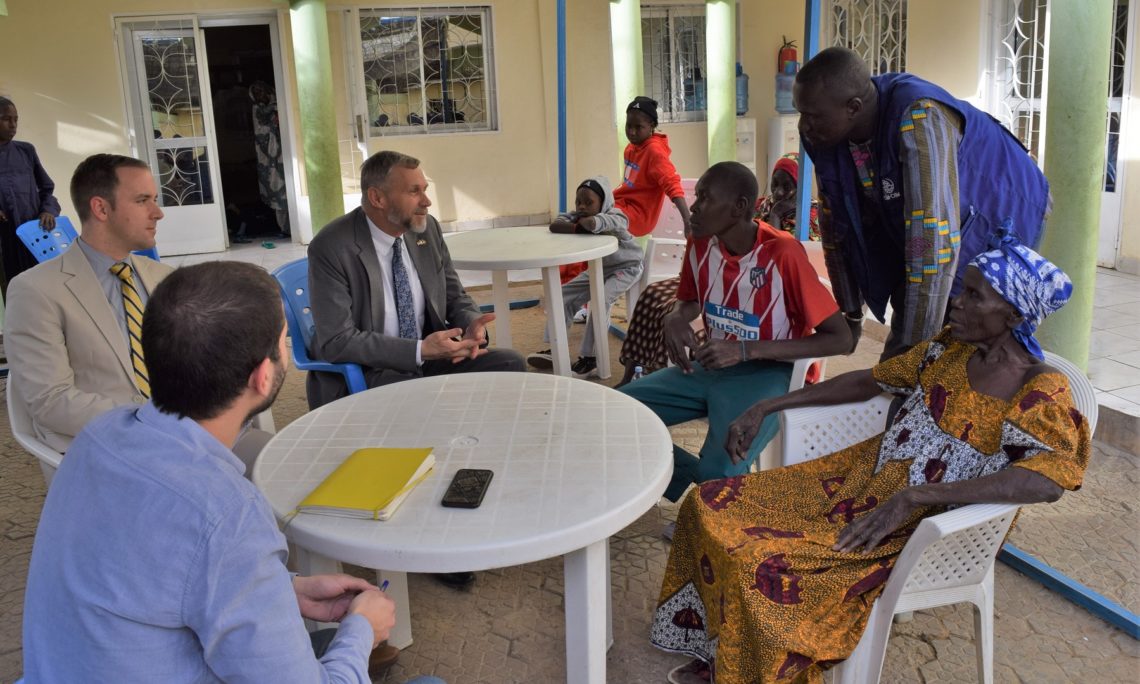 Chargé d’Affaires a.i. Richard Bell (center left in photo) visited the International Organization for Migration (IOM) Transition Center in Ndjamena February 12 to meet refugees from Central African Republic (seated to his left, with interpreter standing between them) who were about to be resettled in the United States; Political-Economic Officer David Rochford (seated to Chargé’s right) accompanied.  The United States continues to accept more refugees for permanent resettlement than any nation in the world.