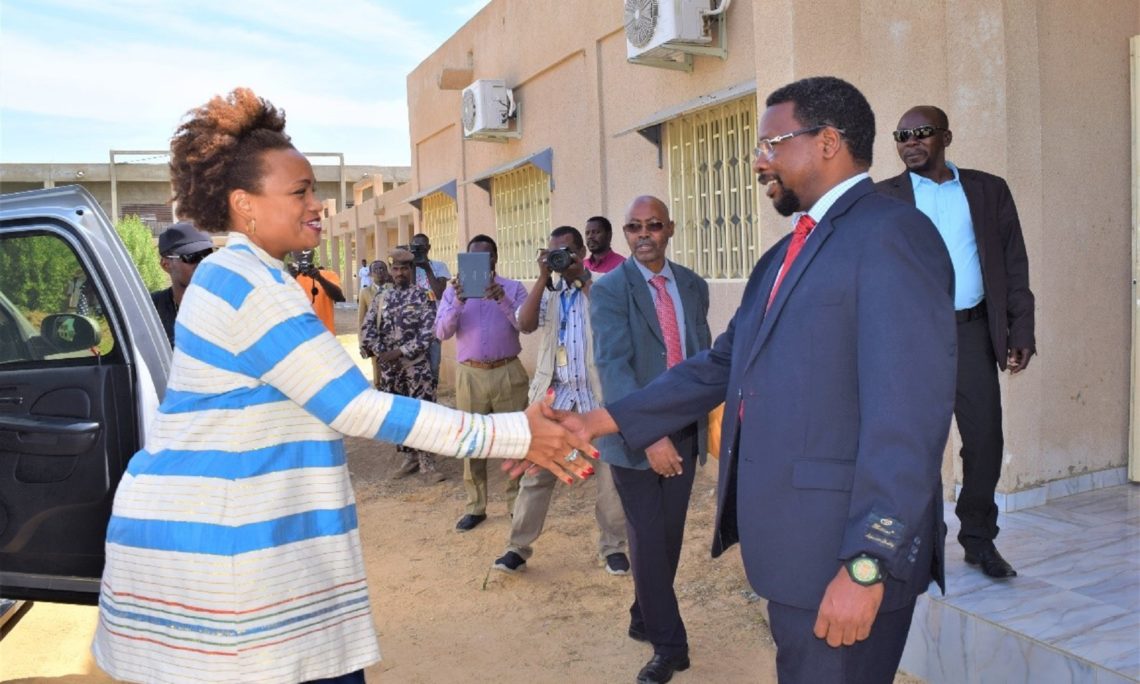 In her November 14 opening remarks to an audience at King Faisal University’s Faculty of Law, who had gathered to hear former IVLP participants discuss human rights and the rule of law, Chargé d’Affaires Jessica Davis Ba described how Embassy-supported programs were helping advance fundamental human rights, based on “the inherent dignity and the equal and inalienable rights of all members of the human family as the foundation for freedom, justice, and peace in the world.”

After emphasizing that “human rights should be protected by the rule of law,” the Chargé introduced Chadian Judge Zeneba Idriss Saleh, who had participated in the 2019 IVLP program “Human and Civil Rights”, and Judge Mahamat Allamin Rechid, who had taken part in the 2018 IVLP program “The Rule of Law and Judicial Reform.”  After the featured judges’ discussed their respective IVLP experiences – the legal scholars they met in America and the various lessons learned that could be applicable to the Chadian experience, they and the Chargé took many insightful questions from the highly-engaged audience of the university’s law students and professors.

In closing, Chargé Davis Ba urged the audience to work with the U.S. Embassy in achieving social justice and equal treatment under the law.  “Through discussion, debate, and dialogue, we will continue our journey toward equal rights for all.”