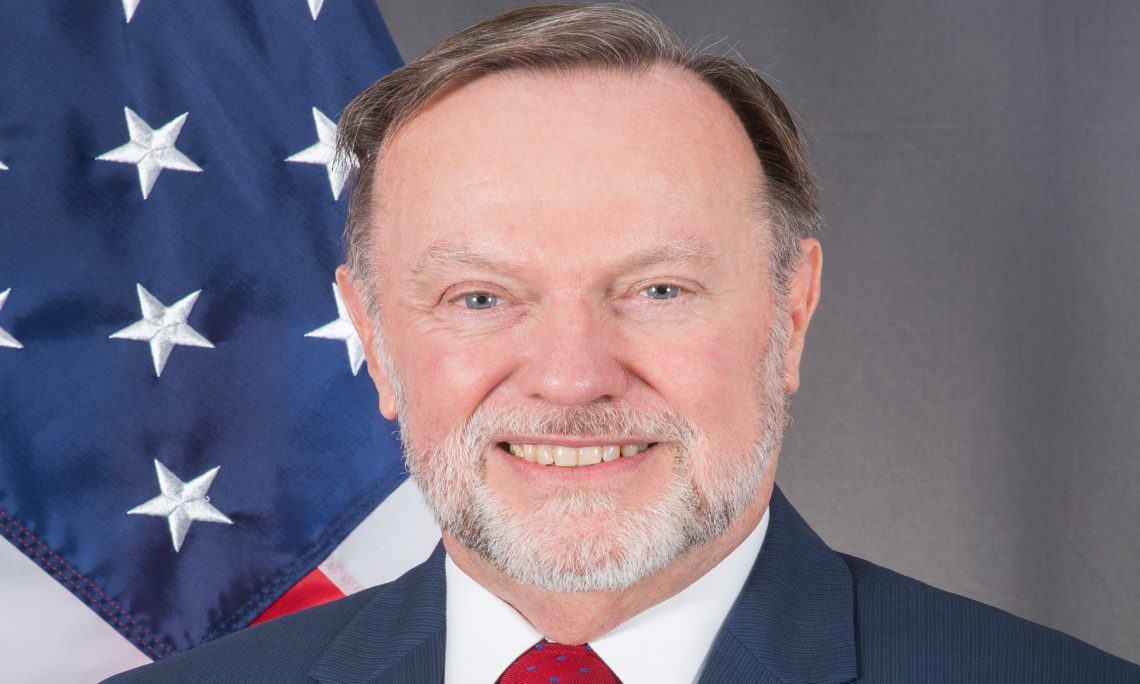 Thank you Chairman Royce, Ranking Member Engel, and Members of the Committee for the opportunity to testify today on U.S. policy toward Africa, and to my colleague and friend Ramsey Day of USAID here with me today. I also want to express my gratitude to Chairman Royce and other members for your longstanding interest in Africa.

Today’s hearing comes at an opportune time. We are at a critical juncture for the relationship between the United States and the nations and people of Africa. Africa faces an uncertain and challenging, but by no means predetermined, future. The choices we make now will affect not only our relationship with the continent, but will have ramifications worldwide.

Africa is facing a demographic tsunami. Its population will double by 2050 to around 2.5 billion people, 50 percent of whom will be under the age of 24. Challenges with infrastructure, corruption and terrorism continue, and China is asserting itself on the continent economically, militarily, and politically. We must remain a positive alternative, and make clear that engaging with the United States will mean greater prosperity and security for Africa.

I am very fortunate to be in my current position. Virtually my entire career centered on Africa, much of it living there in eight different countries. Since my first diplomatic assignment forty years ago, Africa has changed dramatically.

I recently concluded two trips to the continent, in West Africa and East Africa, where I also addressed the African Union. Let me assure you of this: Our potential with Africa is limitless! With every challenge there is opportunity, and we must capitalize on our successes.

Here I would like to articulate some of the focus areas of the Bureau of African Affairs.

First, we are promoting stronger trade and commercial ties between the United States and Africa, working with our African partners to build a level playing field across the continent’s markets. African governments need to increase transparency and fairness in their commercial environments to attract more business, and have predictable policies, laws conforming to international standards, and a credible dispute resolution process.

Second, more than 60 percent of sub-Saharan Africa, 600 million people, is below the age of 25, representing 40 percent of sub-Saharan Africa’s unemployed. We are working to match American investment and ingenuity with the dynamism and entrepreneurial spirit of young Africans; anchoring them to their countries, and keeping them from resorting to migration, militancy, or crime.

A third area is working to advance peace and security through partnerships with African governments and effective regional mechanisms.

Finally, we are focused on countering the Chinese narrative and setting the record straight. The United States has a longstanding commitment to Africa, as a partner positively supporting economic growth, good governance, rule of law, enhanced gender equality, and health of the African people.

Let me begin with the promotion of stronger trade and investment ties. Everywhere I speak to an African audience, I emphasize we seek to do business not just in Africa, but with Africa.

Our promotion of free trade agreements with the United States communicates to Africans that transparency, fairness, and good governance attract U.S. investment, and we hope to negotiate a first-ever Free Trade Agreement with a Sub-Saharan African country.

Trade has greatly expanded. Under the African Growth and Opportunity Act, or AGOA, from 2000 to 2016 U.S. investment in sub-Saharan Africa increased from seven to 29 billion dollars, providing opportunities for hundreds of thousands of Africans. Since 2000, U.S. exports to Africa rose from six to more than 14 billion dollars last year, and U.S. imports from Africa totaled nearly 25 billion dollars, a total two-way trade of 39 billion dollars in 2017, up 5.8 percent from 2015.

The U.S. Millennium Challenge Corporation provides assistance to the world’s poorest countries who demonstrate commitment to good governance, economic freedom, and investing in their citizens. This week, I attended a ceremony with Secretary Pompeo where MCC and the Government of Senegal signed a 550 million dollar compact that will modernize Senegal’s power sector to increase economic growth and reduce poverty through improved access to electricity.

Through the Young African Leaders Initiative, or YALI, we equip the next generation of Africans with leadership and entrepreneurship skills. The YALI Network, a virtual community of more than a half million members, helps young Africans develop skills and connections needed to make change in their communities.

Our third focus, promoting peace and security, is essential to secure Africa’s opportunities and prosperity. We support African-led efforts against terrorism and other transnational threats. U.S. assistance has brought some success in the Lake Chad region, Somalia and elsewhere, and we seek burden-sharing opportunities with non-African actors as well.

We have provided training to peacekeepers from more than 20 African countries, with substantial impact. Ten years ago, Africans comprised only 40 percent of the continent’s peacekeepers. Now that figure has exceeded 60 percent. U.S.-funded programming is vital to these forces, as it is to the G5 Sahel Joint Force and African-driven efforts in the Lake Chad region to counter terrorism in West Africa.

Our African partners are working to ensure stability and defeat terrorist organizations in East Africa as well. The AMISOM mission composed of regional states is helping Somalia become more stable and prosperous, and we are providing development and security assistance so the Somalis can govern themselves.

Additionally, we support efforts by African partners to strengthen their maritime and border security and their efforts to address trafficking in arms, drugs, and wildlife.

Finally, we want to be clear to all Africans that the United States has an unwavering commitment to the continent, shown through our long-standing partnerships and support for good governance, security, human rights and economic growth, and provision of humanitarian assistance.

African countries should know that some infrastructure projects and seemingly attractive loan terms from other countries can lead down a dangerous path to indebtedness, loan defaults, and concessionary extraction of natural resources stifling the economic growth needed to create jobs.

As we continue to engage with Africa, we must assess how to best work with each country and multilateral institutions to advance our mutual interests and priorities.

The State Department cannot do this alone; we need to continually synchronize our approach among all elements of national power. Only by balancing resources among development, diplomacy, and defense can we speak with a coordinated voice to the governments, and the people, of Africa.

I do not exaggerate when I say Africa is the continent of the future, but a future envisioned by Africans and not one seen as forced upon them, and success must ultimately come from developing African solutions to African problems. We must look at Africa through the windshield, NOT through the rear-view mirror.

Thank you for the opportunity to speak today. I look forward to your support as our nation continues our engagement with Africa.