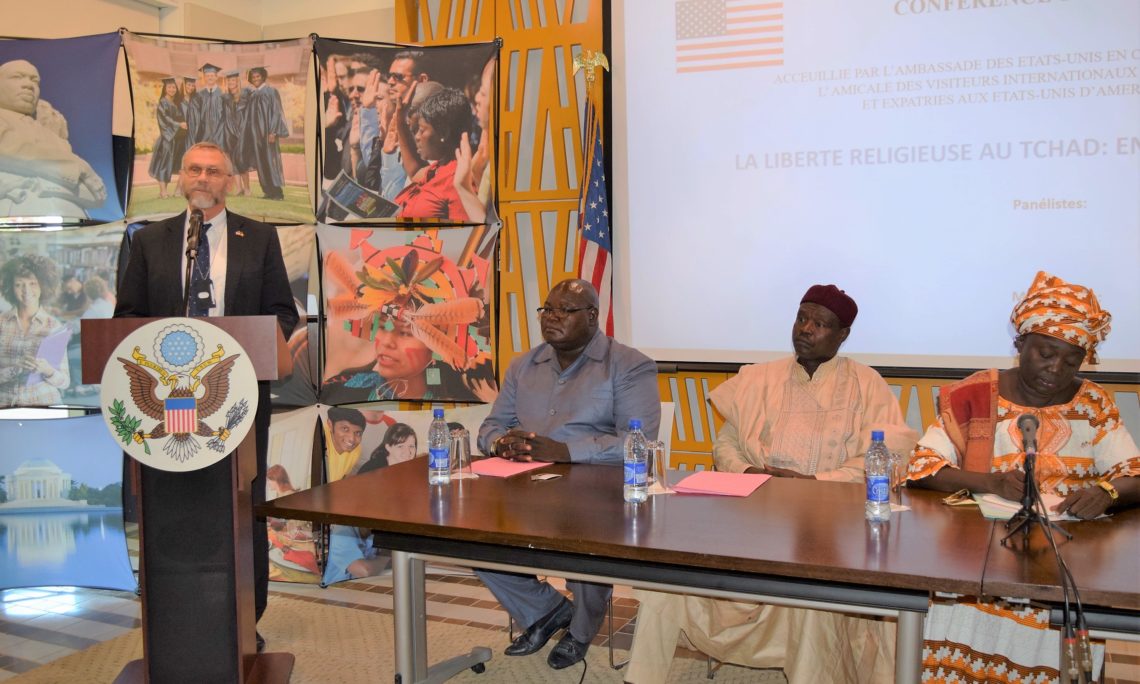 The U.S. Embassy in N’Djamena welcomed 60 participants for a conference on religious freedom on October 30 at the Embassy. The conference, Religious Freedom in Chad: Issues and Challenges, was an opportunity for religious leaders, researchers, government officials, students, journalists, and others to exchange views on questions related to religious liberty, tolerance, and social cohesion in Chad. In his opening remarks, Chargé d’Affaires Richard Bell emphasized the values of freedom of conscience, tolerance, and equality, particularly in diverse societies like Chad and the United States.

The conference was organized to commemorate the 20th anniversary of the International Religious Freedom Act on October 27.