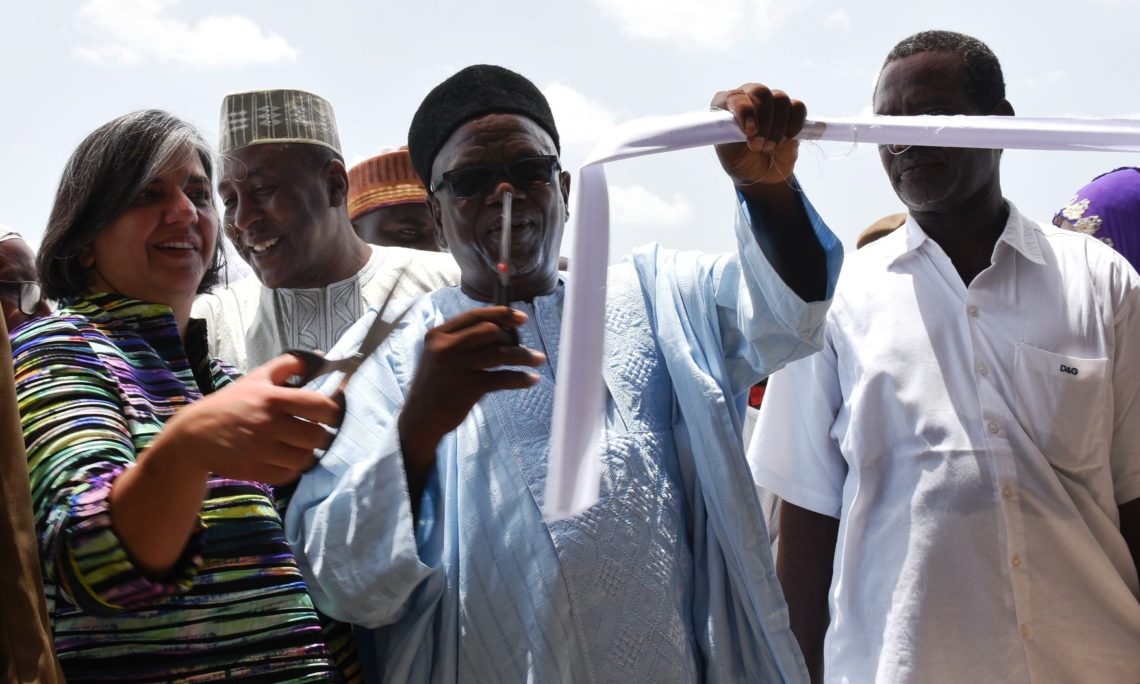 Ambassador, Geeta Pasi and the governor of Karal region are cutting the ribbon (Photo U.S. Embassy).

On July 12, the U.S. Ambassador to Chad inaugurated a community radio station in the town of Karal (located near the southern shore of Lake Chad).  The radio station is part of a U.S. government regional effort to counter violent extremism and terrorism by amplifying moderate voices.   Several thousand people attended the ribbon-cutting event where the Ambassador and the regional governor were joined by local administrators, traditional leaders, and security officials to launch this most recent addition to a network of nine USG-funded radio stations across Chad.  In her remarks, the Ambassador highlighted the critical role of media in a democracy and urged community engagement, particularly from women and youth, to ensure the community radio’s success.