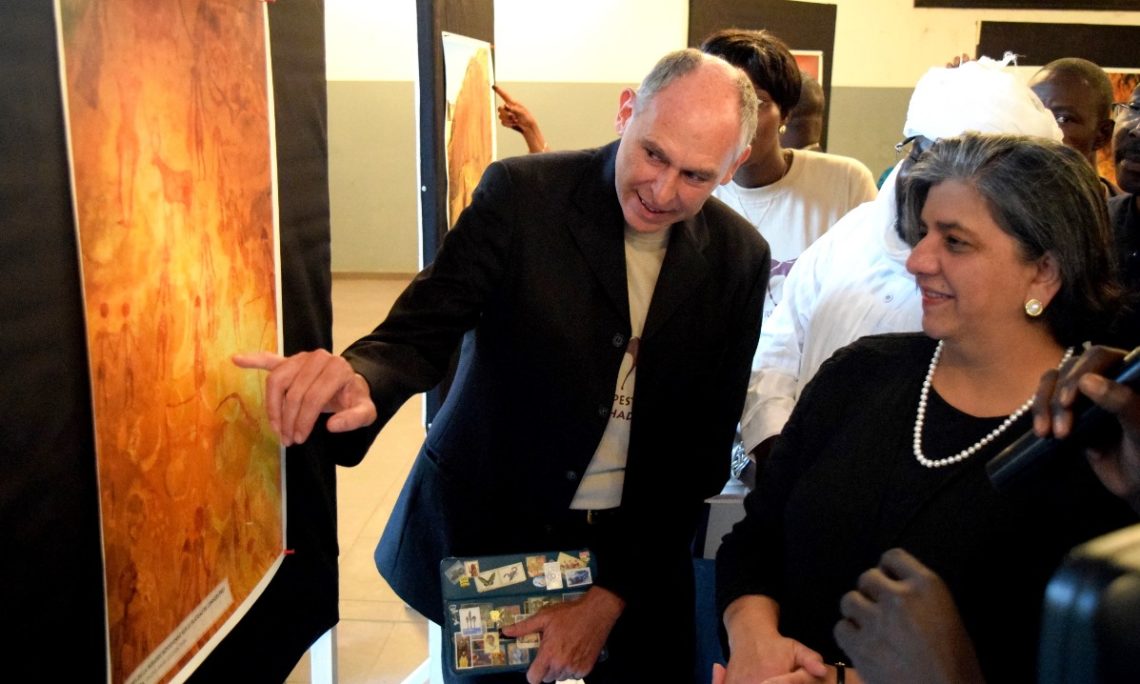 The Embassy of the United States, in collaboration with the Ministry of Touristic Development, Culture and Handicrafts, organized the opening ceremony of the Borkou, Ennedi and Tibesti rock art exhibition. The exhibition is part of a project being implemented by the Trust for African Rock Art (TARA) and financed by the US Embassy through a $133,000 grant from the Ambassador’s Fund for Cultural Preservation (AFCP). “Our goal is to document and preserve the images of this endangered prehistoric form of art,” U.S. Ambassador Geeta Pasi told the ceremony participants. She also stressed the U.S.’s role in preserving cultural heritage, not only in Chad, but also in several other countries in the world. This project is the third one funded in Chad through the AFCP. In the past, the Fund was used to renovate the Gaoui Museum in 2003 and then in 2013 to renovate the Fianga Cultural Center.