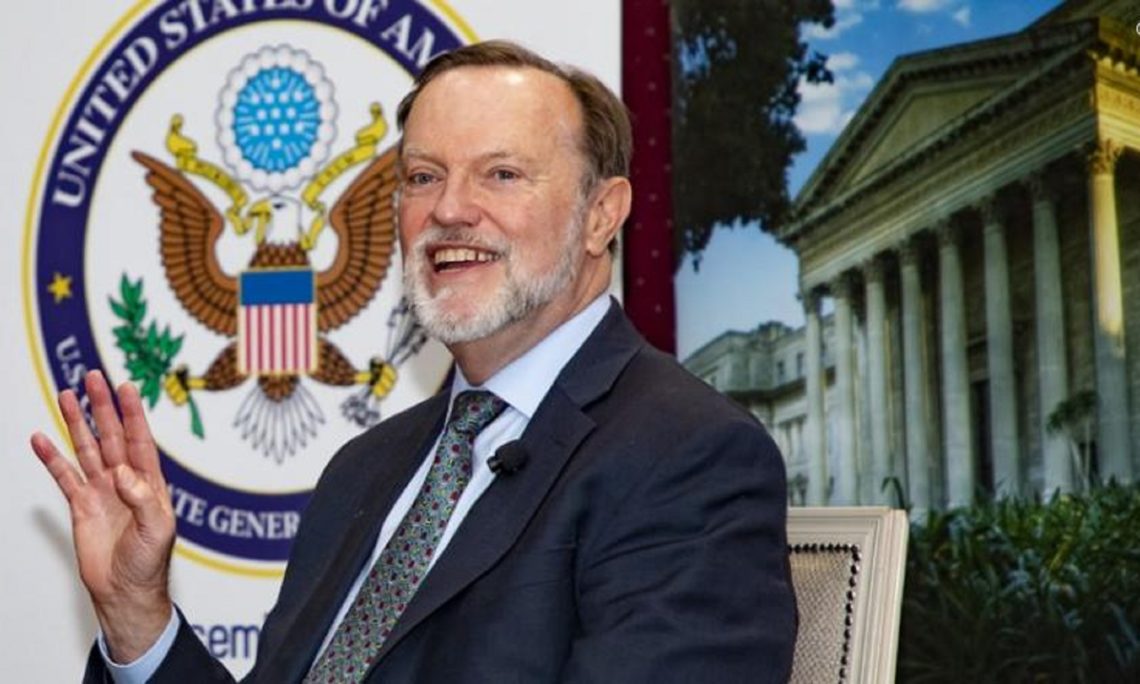 Traveling across Africa and meeting with government officials, business leaders, civil society, and Africa’s dynamic youth is my favorite part of the job as Assistant Secretary of State for African Affairs. These trips are the best way to hear a range of views and to discuss concrete ways to strengthen cooperation between the United States and our African partners.

The United States’ policy in Africa focuses on four key priorities: increasing trade and investment between the United States and Africa; encouraging education and employment opportunities for Africa’s youth; advancing peace and security across Africa; and demonstrating the United States’ enduring commitment to Africa. I keep these priorities in mind and strive to put them into practice in all of my efforts as Assistant Secretary.

On my most recent trip to Africa, I made stops in Sudan, Ethiopia, Mozambique, and South Africa to promote these objectives. The focus of my visit to Sudan was to meet with members of the Forces for Freedom and Change (FFC) and the Transitional Military Council (TMC) to urge them to resume talks toward a civilian-led transitional government. I was accompanied by Ambassador Donald Booth, whom Secretary Pompeo recently appointed as Special Envoy for Sudan. In our meeting with TMC Chairman Burhan, we called on the TMC to stop attacks on civilians; withdraw the Rapid Security Forces (RSF – a distinct security force under the TMC) from Khartoum; allow for an independent investigation into the horrific June 3 attack on the peaceful sit-in and other recent violence; put an end to the repression of free speech; and cease restrictions on access to the internet.

Sudan stands on a precipice, and its future hangs in the balance. Sudan has an opportunity to turn the page on the last 30 years of dictatorship and establish a civilian-led transitional government that is acceptable to the Sudanese people. This is the future we seek for Sudan.

We also visited Ethiopia to express support for Ethiopian Prime Minister Abiy and for the African Union’s efforts to mediate a political solution in Sudan. Going forward, Ambassador Booth will continue to coordinate with African and international partners and other stakeholders to align our efforts in support of a peaceful resolution and a civilian-led government that heeds the demands of the Sudanese people.

I shifted my focus to commercial engagement during my visit to southern Africa. While in Maputo, Mozambique, I joined Commerce Deputy Secretary Karen Dunn Kelley, USAID Administrator Mark Green, and other senior U.S. government officials to participate in the Corporate Council on Africa’s U.S.-Africa Business Summit. The event was a great opportunity to promote our world-class U.S. companies and explore business opportunities with African counterparts. During the Summit, we unveiled more details about the Trump Administration’s “Prosper Africa Initiative,” which aims to substantially increase two-way trade and investment between the U.S. and Africa. It focuses on synchronizing the efforts of U.S. government agencies to facilitate more deals between U.S. and African businesses and to address trade and investment barriers. I was also pleased to see Anadarko announce a Final Investment Decision on the massive Anadarko-led Area 1 Mozambique Liquefied Natural Gas (LNG) project. This huge U.S. investment will bring new opportunities to the people of Mozambique.

On my last stop in South Africa, I met with government officials, business leaders, and members of civil society to discuss our common efforts to promote trade and investment, peace and security in Africa and beyond, good governance, and positive health outcomes. Over 500 American companies are active in South Africa, and we want to see that number increase!

I also saw first-hand our work in South Africa to combat HIV and AIDS through the U.S. President’s Emergency Plan for AIDS Relief (PEPFAR). Did you know that South Africa, with the support of the United States, has the largest HIV treatment program in the world? We truly believe there is no better way to demonstrate the United States’ commitment to Africa than through our investment in its most important resource – its people.

Every time I travel to the African continent, I come back with renewed optimism about the future. I often say that we should look at Africa through the windshield, and not the rearview mirror. This trip was another valuable opportunity to engage with African partners as we look ahead and work together to promote shared American and African prosperity and security.

About the Author: Tibor Nagy serves as Assistant Secretary of State for the Bureau of African Affairs at the U.S. Department of State.