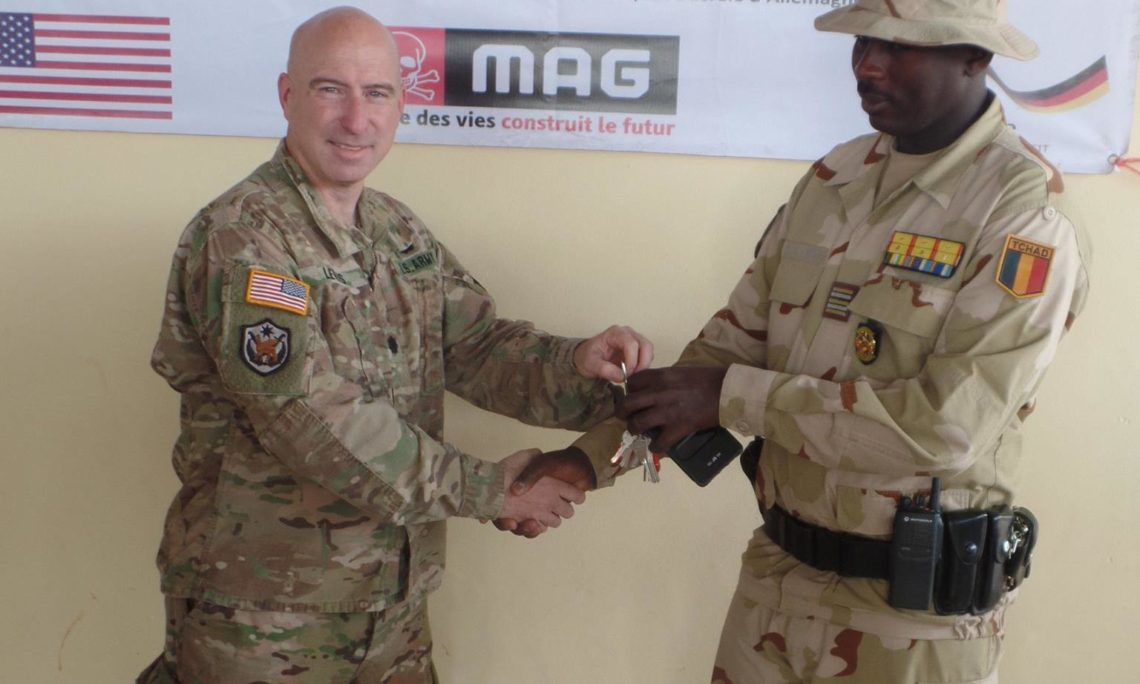 On April 6th, LTC Chuck Lewis, Chief of the Office of Security Cooperation at the U.S. Embassy in N’Djamena, participated in a ceremonial opening of a newly refurbished arms room for the Chadian Special Forces Special Anti-Terrorism Group (SATG).   The renovation was conducted by the Mine Advisory Group Chad under the supervision of Didier Perardel with funding from the United States and Germany. After a tour of the renovated facility, LTC Lewis handed the keys of arms room to the SATG’s 3rd Brigade Commander.