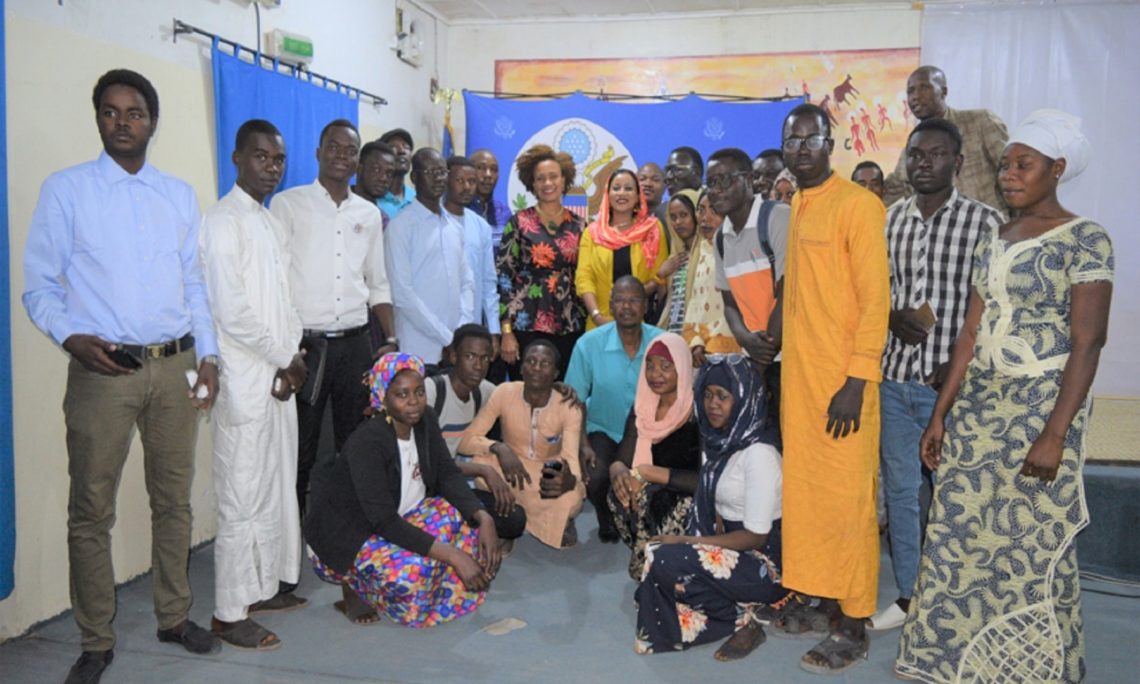 On February 5, as part of the celebration of African American History Month, the Embassy organized a screening of the award winning film ‘Hidden Figures’ at N’Djamena’s Baba Moustapha Cultural Center.  The film is first of a series of commemorative events after the opening ceremony earlier that day at Chad’s National Museum, organized jointly with the Chadian Ministry of Culture.  The general public, as well as former U.S. Embassy Exchange Program participants, were invited to the showing.  Following the screening, moderator Ms. Yusra N’diaye, a YALI and IVLP alumna, led a discussion of the key aspects of the film, including patriotism in America, and the determination of the three emblematic figures to achieve their dreams during this difficult period in America’s history.  Responding to questions, Chargé d’Affaires Jessica Davis Ba, stressed the importance of recognizing the contributions of African Americans in the history of the United States. The Chadian students in attendance also discussed how the points made in the film relate to the position of women in their own society.  An embassy-produced exhibition of posters describing the achievements of great African American leaders accompanied this showing.