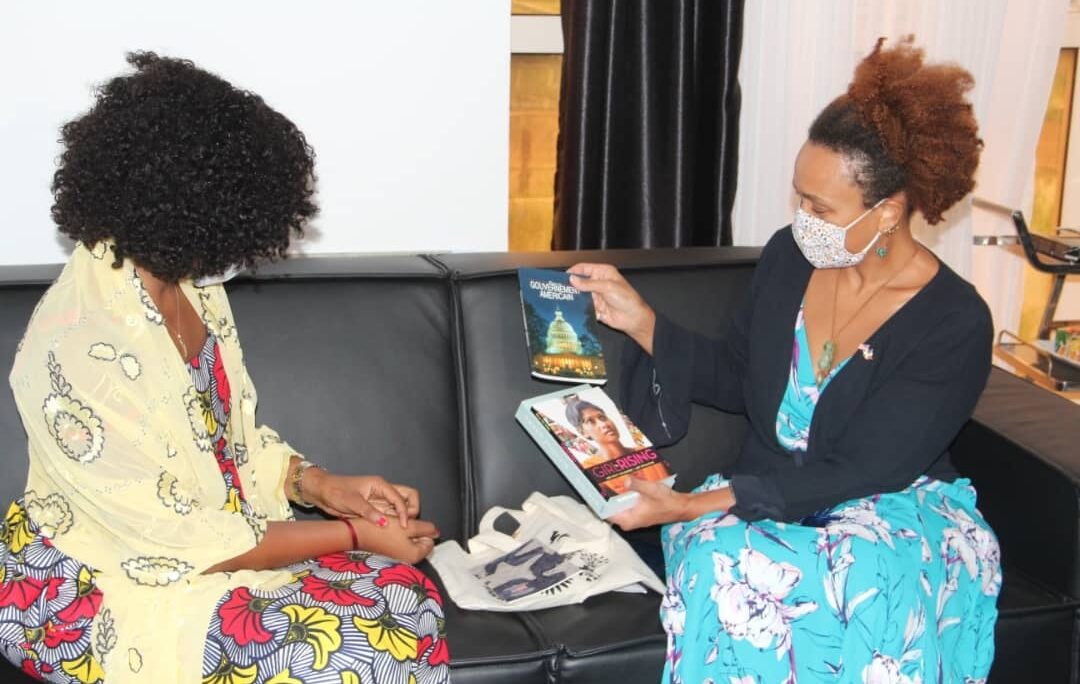 Chargé d’Affaires Jessica Davis Ba met the Minister of Women and Childhood Protection, H.E. Amina Priscille Longoh on 16 September to affirm the commitment of the United States and Chad to the empowerment of women and protection of children. After congratulating the Minister on her recent appointment, they discussed avenues for collaboration on women’s engagement on elections, business, and empowerment. Chargé d’Affaires Davis Ba also highlighted the various U.S. programming in Chad where women feature prominently, including the International Visitor Leadership Program, Mandela Washington Fellowship, Fulbright Fellowship, and Pan Africa Youth Leadership Programs. The Embassy also hosts various seminars, book discussions, and film screenings on topics to empower women such as entrepreneurship and electoral candidacy. The Chargé and the Minister agreed to expand avenues between the United States and Chad for the benefit of all citizens.