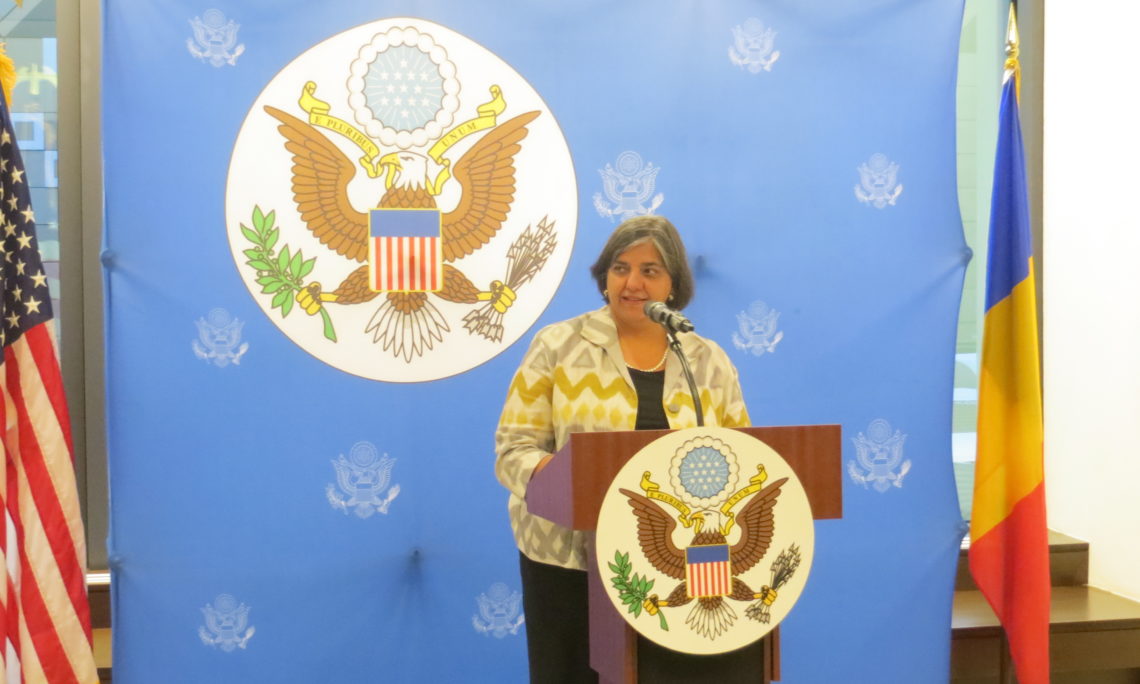 Embassy N’Djamena hosted an Iftar on May 24 in the Embassy Atrium for contacts in the faith community, government, civil society, and business. In her remarks, Ambassador Geeta Pasi highlighted things that the U.S. and Chad have in common, such as diverse populations and a history of tolerance. She also noted that this was the first Ramadan in our new Embassy and described it as a symbol of U.S. engagement with Chad. In his remarks, Chad’s new Grand Imam thanked the Ambassador for the Embassy’s collaboration with the High Islamic Council over the years and underscored the Council’s commitment to respecting human rights, tolerance and diversity.