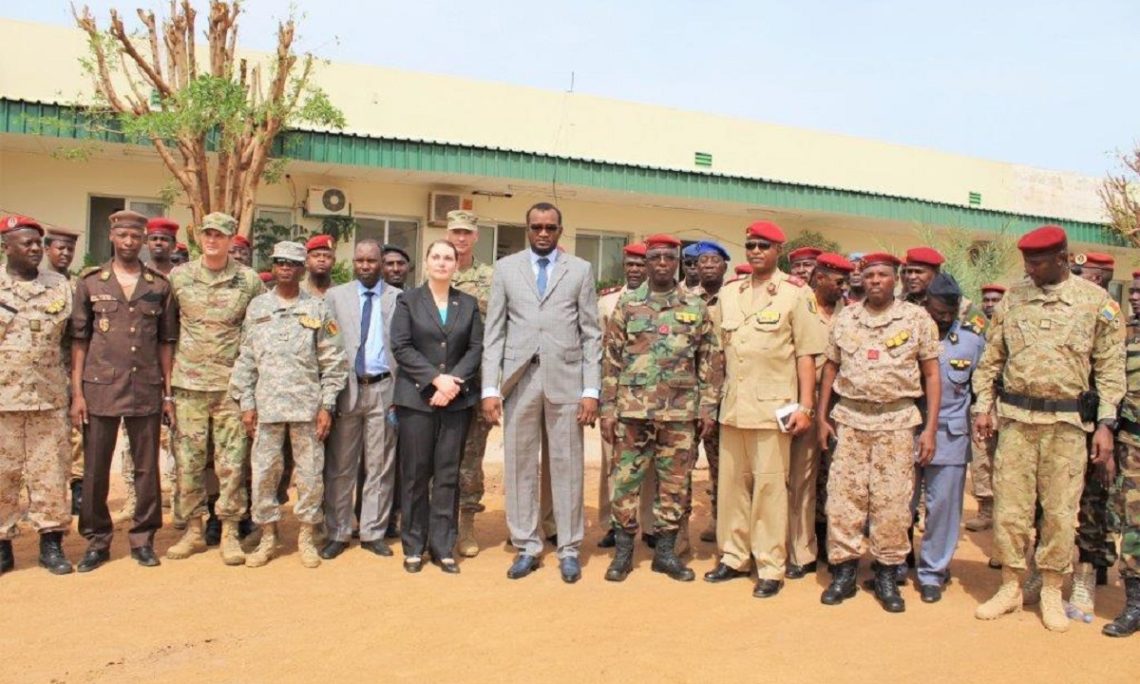 The United States Embassy in Chad delivered 16 trucks, 900 medical kits, and a newly-constructed warehouse to Chadian forces participating in the G5 Sahel during a July 11 ceremony.  This donation, valued at 3.5 billion CFA, is the first part of a 16 billion CFA training and equipment package.  With this assistance from the United States, the Chad contingent of the G5 Sahel will be fully trained and equipped for its mission to fight terrorism and trafficking in the region.

In her remarks, Chargé d’Affaires, a.i. Chahrazed Sioud said, “The United States is proud to support Chad and its partners in the G5 Sahel, which is an African initiative expressing the courageous will and determination of the member countries to work together to eliminate the various terrorist threats to the region.”