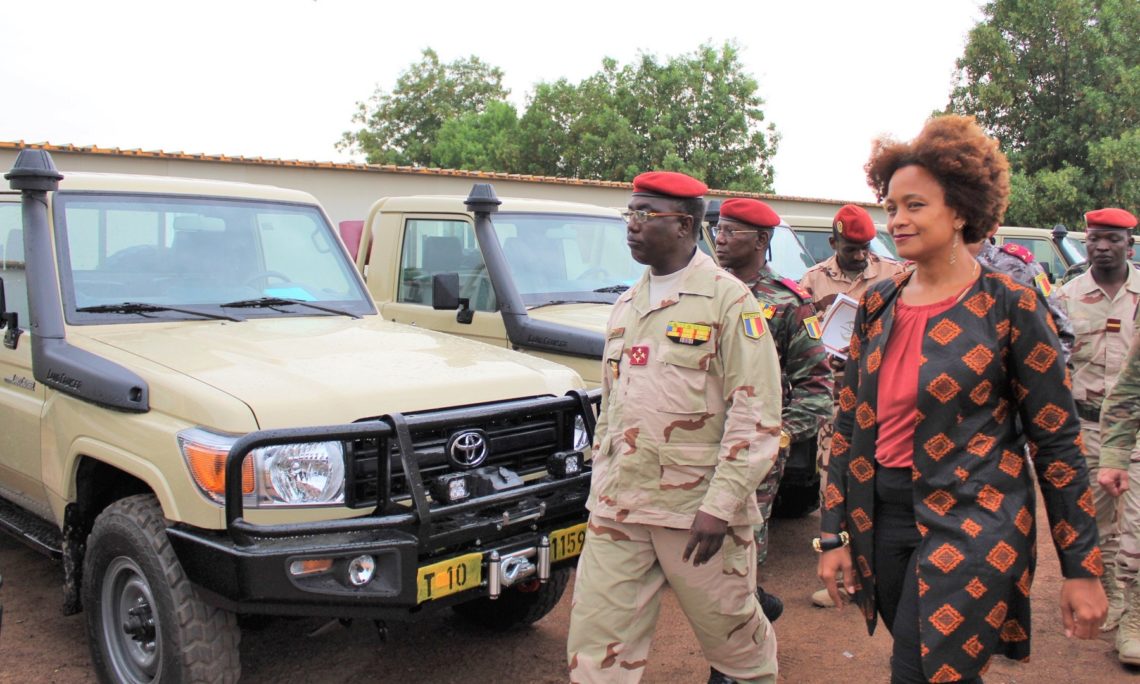 In her remarks, Chargé Davis Ba paid paid tribute to the courage and sacrifice of Chadian forces and emphasized, “The fight against terrorism cannot be achieved by force of arms alone: you must have the support of the civilian population, which requires that they be treated with respect, and that security be accompanied by good governance and public services.”