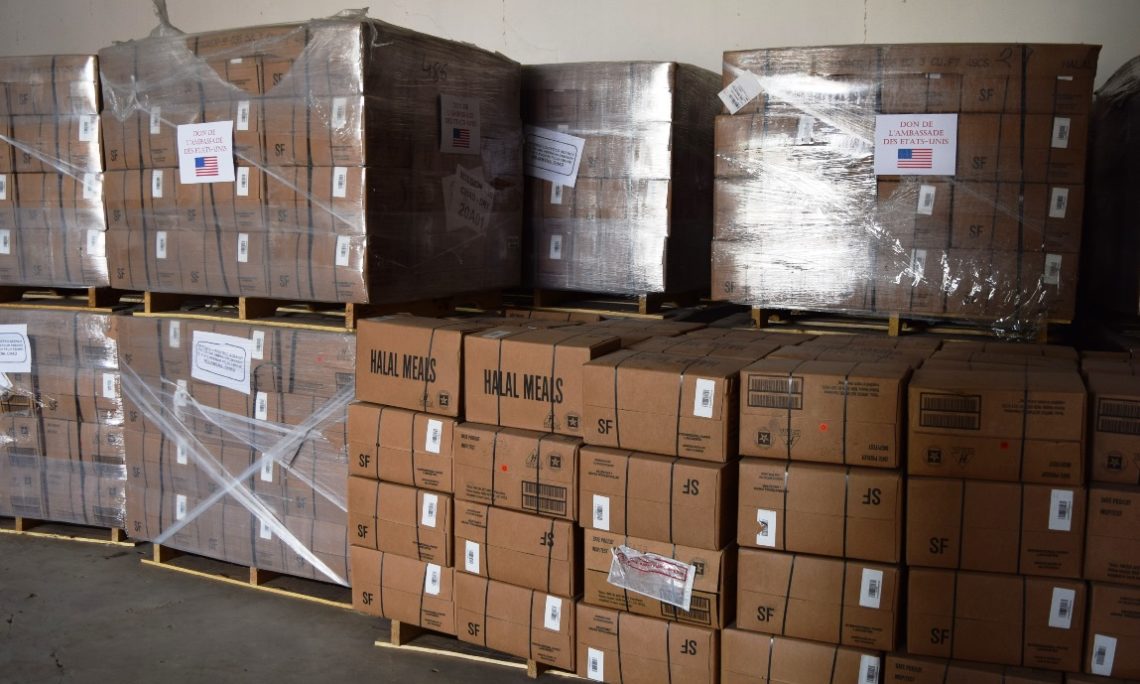 A small portion of the 90,000 Halal Meals Ready to Eat that the United States provided Chad for use in the fight against extremism in the Lake Chad Basin. Each of the 7500 cartons of MREs contains 12 different Halal menus such as Lentil Stew with Lamb, Beef Roast with Vegetables, and Penne with Ve

Ambassador Pasi noted that the United States has a strong relationship with Chad, especially regarding issues related to security, and thanked the Chadian military for their strong counterterrorism efforts.   She expressed her hope that the food and equipment would provide Chadian soldiers the basic necessities needed to stay alive in the austere conditions of the Lake Chad Basin.

BG Bardé thanked Ambassador Pasi for the continued support of the United States, especially related to Chad’s efforts against terrorism, and he reiterated Chad’s commitment to succeed in the fight against extremists in the Lake Chad Basin.

The MREs will provide 90,000 meals to Chadian soldiers on the front lines of the war on terrorism. Each meal provides a minimum of 1200 calories, and at least 48% percent of those calories are from carbohydrates, the key energy sources for soldiers who are exerting energy in combat.