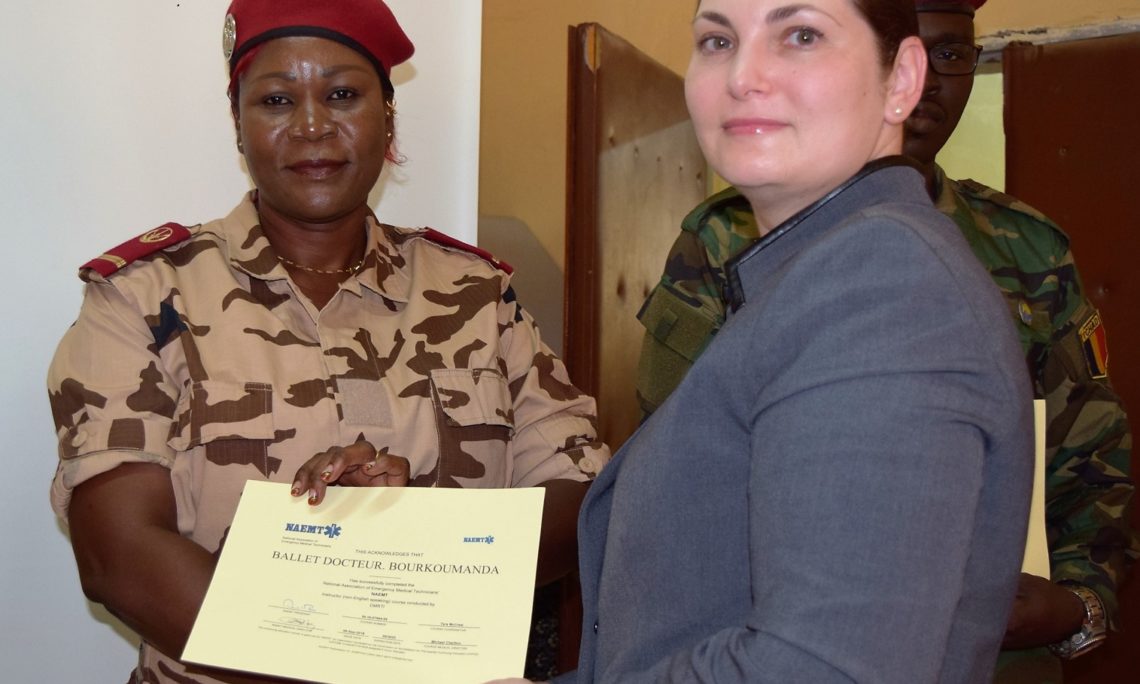 Following a rigorous six-month program led by U.S. Army, Air Force, and Navy medical professionals, five Chadian military doctors received the distinction of “certified trainers” in Tactical Combat Casualty Care (TCCC). This is the first U.S.-certified program of its kind on the African continent, and Chad is the first country to gain this distinguished status. Deputy Chief of Mission Chahrazed Sioud presided over a September 13 ceremony hosted by the Chadian Air Force. To date, over 70 Chadian military members have received instruction in lifesaving battlefield trauma care as part of the TCCC program.