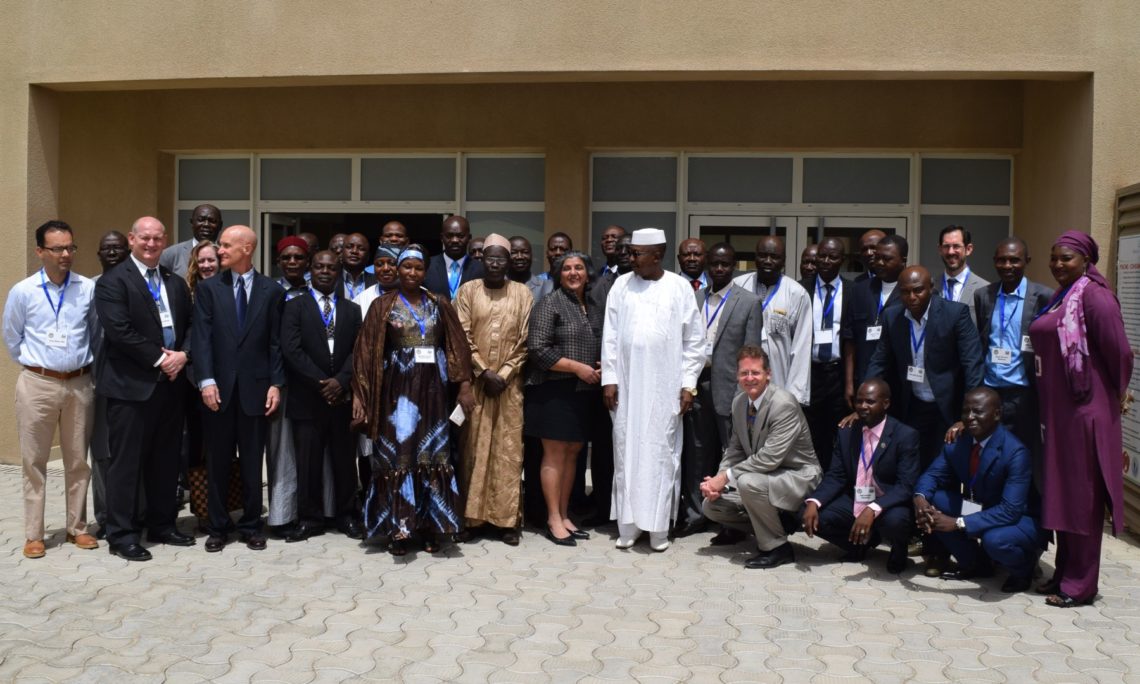 The United States Department of Justice, in partnership with the Chadian Ministry of Justice and Human Rights, and the Chadian Ministry of Public Security and Immigration, sponsored a “Lake Chad Basin Regional Counter-terrorism Conference” for law enforcement and justice officials from Chad, Niger, Cameroon, and Nigeria in N’Djamena from April 25-27.  The overarching goal of the conference was to increase regional cooperation among the four Lake Chad Basin countries and the United States.

United States Ambassador to Chad Geeta Pasi; Chadian Minister of Justice, Guardian of the Seals, Responsible for Human Rights Ahmat Mahamat Hassan, and Minister of Public Security and Immigration Ahmat Mahamat Bachir each made remarks welcoming the participants to the conference. Ambassador Pasi said:  “The United States and other international partners can help reinforce your capacity to investigate and prosecute terrorist groups. But many of the solutions will come from you. The United States remains at your side in the ongoing fight against Boko Haram and other terrorist organizations. We look forward to continuing to strengthen our bilateral and regional ties with our partners in our joint quest to bring terrorists to justice.”

The conference sought to increase the capacity of the Lake Chad Basin countries to bring terrorists to justice through effective and timely investigations and prosecutions.  It also sought to establish new working relationships and to reinforce existing ones among law enforcement and justice officials in the region.  The United States Department of Justice hopes to continue such efforts to foster regional cooperation in the future.

The thirty participants included police officers, investigators, magistrates, prosecutors, and other security and justice sector officials. Two agents from the Federal Bureau of Investigation and three federal prosecutors from the United States Department of Justice also attended.   In addition to the formal presentations, the conference included informal work groups in which the participants discussed common challenges in prosecuting terrorist organizations.