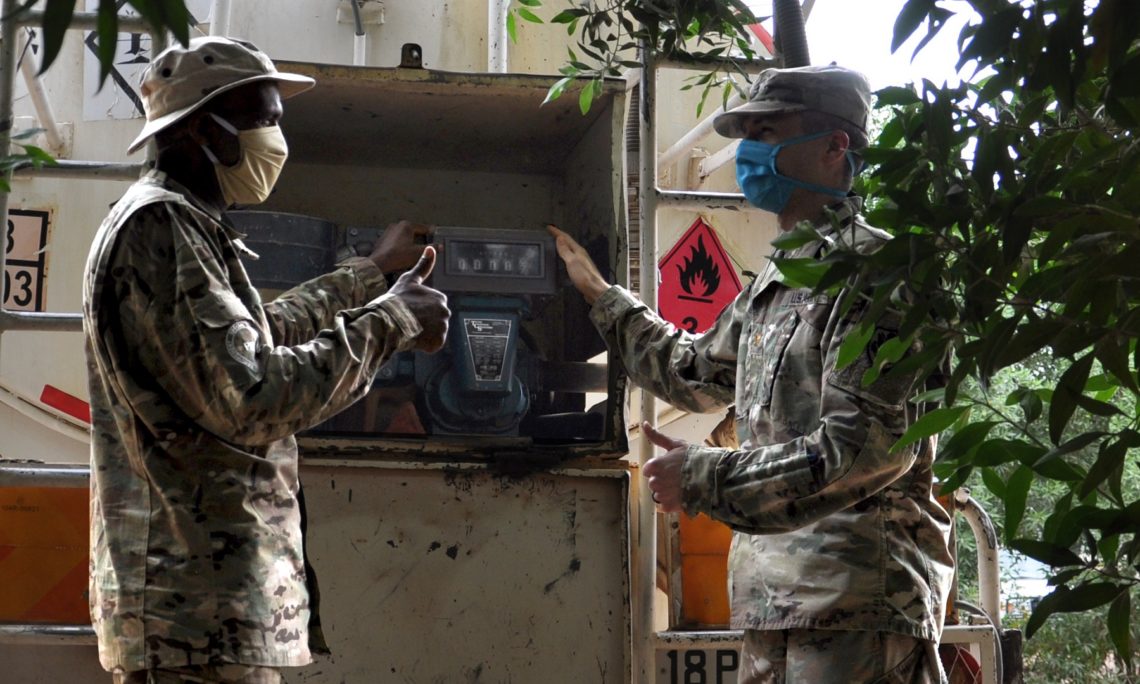 The United States and Chad are committed to secure borders and fighting terrorism.  U.S. Embassy N’Djamena partners with the Chadian military by providing fuel assistance to help the government’s cross -border counter-terrorism operations.  We remain partners in fighting the terrorism that threatens Chad’s citizens.

U.S. Embassy Representatives monitored the most recent fuel delivery that included 33,000 liters of diesel and 8400 liters of unleaded gas.  This fuel support is specifically for the Special Anti-Terrorism Group (SATG), one of the most experienced and combat hardened armed forces in the Sahel.  Protecting Chadian borders has become one of the primary missions of SATG, especially in the Lake Chad region along the borders of Niger, Cameroon, and Nigeria.  In providing this fuel, the United States is confirming our commitment to Chad’s ongoing fight against terrorism to establish peace and prosperity in a frequently hostile area.  Since 2012, the United States has provided over $850,000 (more than 500 M CFA) worth of fuel to the SATG to support their operations to stop the flow of small arms, light weapons, ammunition that could be used by terrorists and criminals.

The United States government supports Chad in protecting their borders and ensuring peace and stability within its territory.